Imagine living in a country where women who do not cover their hair in public are breaking the law.

A place where women are subject to 'morality' police to examine if they are wearing the head covering 'correctly.'

A place where refusing to cover your hair could lead to acid attacks by pro-government vigilantes.

A place where the government arrests your family members in efforts to silence you from protesting these laws.

This is the Islamic Republic of Iran.

Iran has compulsory veil laws per the Islamically derived teachings that a woman must cover her hair. These laws came into place after the 1979 Islamic revolution, when Ayatollah Khomeini came into power.

Girls as young as seven are forced to cover their hair with the headscarf, the hijab. The women who refuse to are criminalised by the state.

What happens if you are seen in public without the hijab?

Women face this every day in Iran for simply exercising their right to choose what to wear.

Iran's female population amounts to 40 million. That's 40 million women and girls who are under constant surveillance by the government on how they choose to wear their hair. The state agents drive around the cities and have the authority to stop women and examine their dress. They have the power to stop a woman and assess how many strands of hair they are showing, the length of their trousers and coats, and the amount of make-up they are wearing.

Even when women obey these laws, they can still be seen as not covering properly. Showing a few strands of hair or clothing that is too colourful or too fitted all come under this ruling. Women have faced physical violence for not adhering to the barbaric law. There are numerous stories of the 'morality' police slapping women across the face and beating them with batons.

This policing of women's bodies is not limited to the state. The countries discriminatory laws have emboldened vigilantes who believe it is their right to enforce the Islamic Republic's laws and values by verbally and physically abusing women in public.

Marzieh Ebrahimi had acid thrown on her face for refusing to wear the hijab. Type her name into google and numerous images of in a loose head covering and scarred face comes up.

Alongside Ebrahimi, numerous women have stood up against the compulsory hijab law. Human rights lawyer Nasrin Sotoudeh was arrested in March this year. She was sentenced to 38 years and 6 months in prison and 148 lashes after being convicted in two trials.

She must serve 17 years of this sentence.

The charges brought up against her include "inciting corruption and prostitution," which come from her work representing women arrested for protesting against forced veiling laws, her own opposition to these laws and removing the hijab in prison.

We cannot talk about Iran and the compulsory hijab law without talking about Masih Alinejad.

For those of you don't know, Masih Alinejad is a U.S. based Iranian journalist and women's rights activist. Alinejad founded numerous online campaigns against the forced hijab. These include white Wednesdays, My Stealthy Freedom and My Camera Is My Weapon.

As I am writing this I scroll through my Twitter feed and Alinejad's account (@AlinejadMasih) has shared several videos of women being harassed for participating in these campaigns, one video was of an elderly woman, covered head to toe, walking her dog in the park and being abused verbally abused just for walking her dog.

White Wednesdays is Alinejad's campaign, where women wear white hijabs on Wednesdays to protest the enforced law. On August 29th, Masih tweeted out a video about the campaign citing the case of Saba Kordafshari, who was sentenced to 24 years in prison for walking unveiled.

My Stealthy Freedom is a Facebook page where women in Iran are encouraged to post photos of themselves without the hijab.

My Camera Is My Weapon urges women to record the harassment they face in Iran for protesting the enforced hijab laws and the abuse women face for exercising their right to freedom of expression. A right women do not have in these countries.

Alinejad's family have been targeted by the Iranian in government in the last few months. Reporters Without Borders have said that her brother Alireza and her ex-husband's brother and sister Hadi and Leila Lofti had been arrested by plainclothes Revolutionary Guard intelligence agents on the 26th of September in Tehran.

This is not the first time they have targeted Alinejad's family. In March, the authorities interrogated her elderly mother, Zarrin Badpa. She was questioned for two hours about her daughter's activities while being filmed.

Hadi was released after being interrogated about Alinejad's activities and told that any contact with her or her team would be considered a criminal offence.

Masih shared a video of her brother that he recorded before his arrest. Alinejads says that "they have taken them hostage in order to silence" her. Her brother claimed the Iranian regime was putting pressure on him and his family to condemn Alinejad's actions.

In late October, a man posted a video on the internet that her face with acid and told her to stop corrupting Iranian women.

The Septemeber arrests came soon after the death of 'Blue Girl' football fan. Sahar Khodayari died in hospital on Septemeber 9th 2019 after setting herself on fire outside a court in Tehran. She had been charged with appearing in public without a hijab after trying to enter Azadi Stadium dressed as man, bravely standing against the nation's ban on women in sports stadiums.

Her death shed light on the Open Stadiums movement, which was founded in 2005 where a small group of female football fans protested outside the Azadi Stadium during an Iran v Bahrain match.

Fifa took notice of the movement in 2013, when former Fifa president Sepp Blatter mentioned the campaign in a meeting with Iranian officials. His views were not heard by the Iranian government, and little progress has been made since then. The death of Blue Girl was shared across social media and pushed the movement back into the spotlight.

The movement has now become one in where women begin to re-assert their human rights and take a stand against the oppressive Iranian regime.

Social media has been a powerful tool for these women's rights campaigns in Iran. Twitter being the most notable platform for being able to share videos. The media must share the stories of these women. It is the duty of the Western world, the duty of women's and human rights activists to support these women. In a society where we have freedom of speech and freedom of expression, we must share the stories and support these women. We must speak out alongside them so that we can foster positive change in their homelands.

Iran is just one of many examples, where the way women dress is policed by the state and other discriminatory laws on how a woman should act are enforced against their will. Saudi Arabia, Pakistan, Afghanistan and the list goes on.

Western feminism and women's rights movements need to pay attention to the women in Iran, to women like Masih Alinejad, Marzieh Ebrahimi, Nasrin Sotoudeh, Saba Kordafshari and Sahar Khodayari and the many more brave women standing up for their freedom.

There is a need to be more critical towards Islamic doctrine which has been used by the above countries to enforce these abhorrent laws against women. But, for western feminists, there is a conflict when Muslim women in the west are attacked by anti-Muslim bigots verbally and physically for wearing the same head covering.

The feminist movement in the West needs to be more global because Western feminists have the privilege of freedom of speech and freedom of expression.

A luxury women in these religiously controlled states do not have. 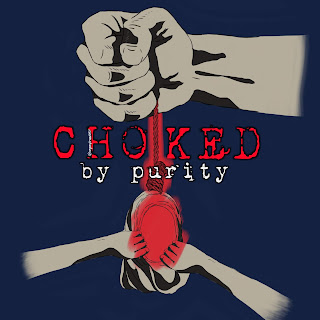